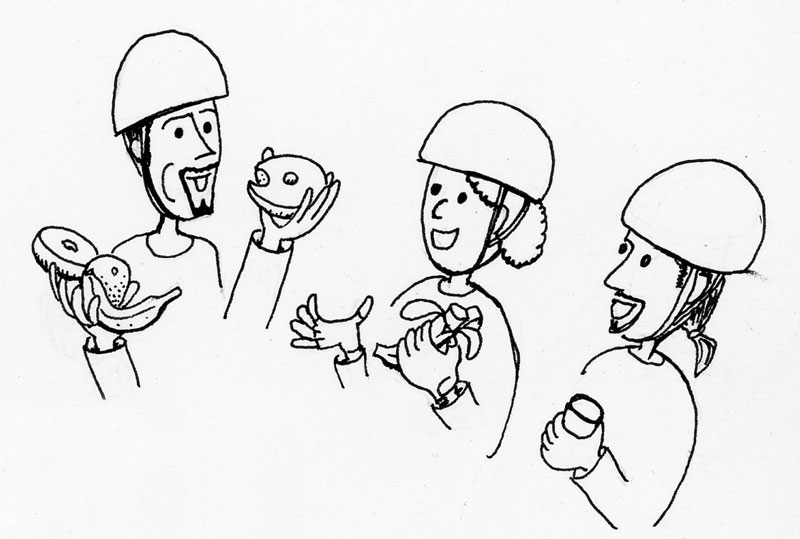 I did my part to make a dent in the provisions at the YMCA's Bike To Breakfast event.

I invited some friends to Bike To Breakfast at the YMCA this morning, and they ate like birds. We got there and no one was eating. I thought, “I’ll break the plastic wrap and start the buffet line.” I ate a bagel and an orange, then a tiny muffin, a banana and another bagel with peanut butter. Altogether, my three friends only consumed three bananas and a tiny muffin. I shall not list their names, to protect them from embarrassment. You see, When a biker shows up at a buffet, the folks serving the food should feel a sense of awe at the quantities of food being consumed. As a group, I think we were not as amazing as we could have been.

Still, I really enjoyed the camaraderie, dining with friends by the bike racks. Thank you, YMCA, for feeding the bike geeks.