The scene was the Winter Father – Son Retreat at Living Waters Bible Camp. I always dread the cold, but this year it was mild — too mild. The staff was carefully shoveling snow onto thin parts of the tubing hill to prevent dark patches from attracting the sun and melting the snow. 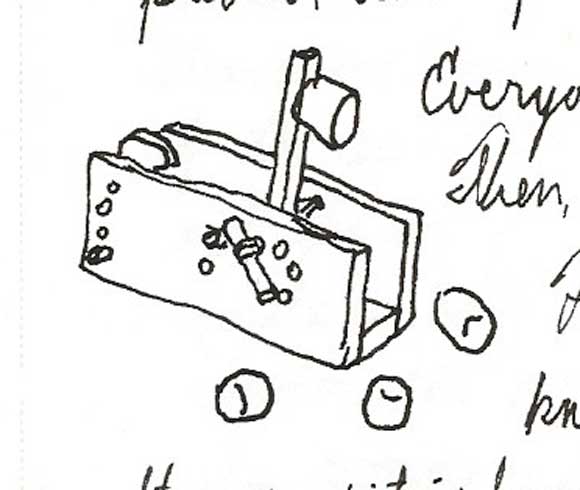 The torsion catapult made by the Hale kid.

The camp always prepares something for the kids to build with their dads. This year, everyone built a marshmallow catapult. There was much “practicing” and young men kept the air filled with white puffy projectiles.

Saturday night we had a shooting competition. The first task was to knock over a popcan pyramid from 15 feet away. We were given ten marshmallows for the task.

It was exciting because we were in the second wave, and no one had knocked down all ten cans. Edward missed with his first shot. His second shot knocked down six cans. His third shot knocked down three more cans. I looked him from across the room as he lined up his catapult, aiming at one tiny, lonely pop can 15 feet away. It was impossible.

Ting! He knocked over the can. The room erupted in whoops and applause. He got bonus points for having six marshmallows left over.

The former pop can pyramid.

The object of the second round was to fling a marshmallow 25 feet into a garbage can – an impossible feat for lesser men. In the first wave, several kids managed to hit the side of the garbage can, but none were able to place one in the can.

The referee said, “is everyone done?” I said, “We have one more shot.” All eyes in the room turned to Edward. I propped up the front of the catapult even more and thought, “Why did you choose that angle? You’re just guessing. What if you guessed wrong!?”

Edward lined up the shot. I said, “Pull the trigger slowly. Don’t snap it.” I held the catapult tight against the table. Edward shot his shot. 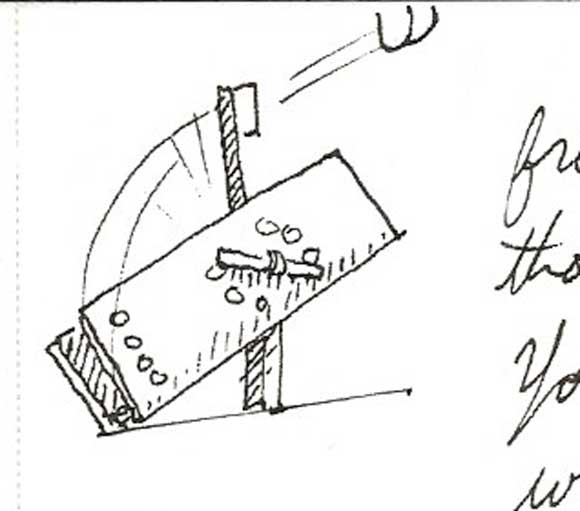 The room held its collective breath…

Then, descending as if in slow motion, the marshmallow traced a line through the very center of the garbage can’s circular opening. Again the crowd erupted in deafening woops and hollers. 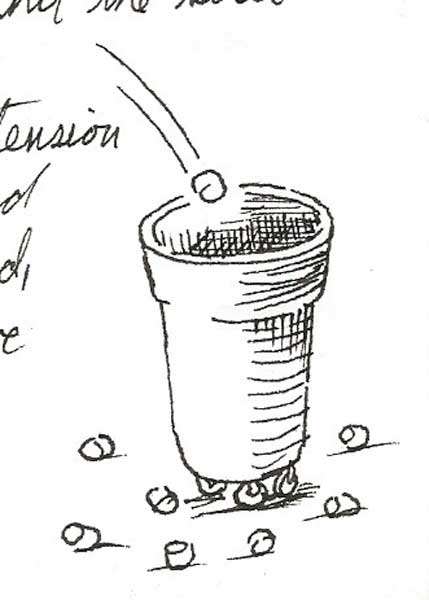 The marshmallow the kid flung falls into the target.

Edward had done the impossible. He had knocked down the entire pop can pyramid and sunk a marshmallow in the distant garbage can. We were awesome!

Yeah, some jerks in the later rounds got better scores than us. But we were the groundbreakers. We were the first. We received the applause reserved for those who break barriers. For a moment in time we crawled out of our shells of mediocrity and shone like the great ones.

And we did with marshmallows. 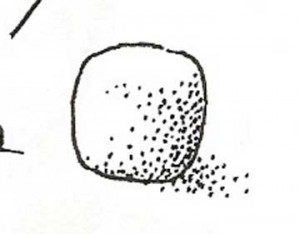 The unassuming marshmallow that won our temporary glory.

1 thought on “The Day We Overcame All… Sort of”